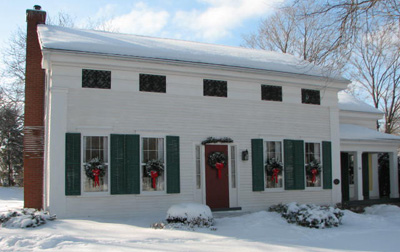 When the Erie Canal was completed in 1825 it opened up the NY state western frontier to new settlers from the east and to the prevailing eastern home building style of Greek Revival architecture. Fairport, along with many other communities along the Erie Canal, owe their existence to commerce conducted on the canal. It is no surprise then that Greek Revival is a common house style in Fairport and indeed the rest of the state.

One and a half or two story front gable facades with a side entrance is common. 79 West Avenue and 42 West Street are good examples of this style.

Structures with one side wing are prevalent. Two side wings less so. 10 Clinton Place is a good example of a house with two side wings. The wings of 177 South Main Street are not original but blend well with the style of the original structure.

Roofs were either hipped or gabled with a wide band of trim under the main roof called the cornice. This is often decorated with small windows covered by a grille. At the gable end the cornice can extend across the entire width to form a full pediment or it can be discontinuous across the gable front and extend only a few feet into the facade. This combination of a decorated cornice and a front gable facade is the most common feature of Greek Revival houses within the Village. Sometimes pediments are used as decorative features in the roof line as can be seen at 205 South Main Street and 24 West Street.

﻿﻿﻿The property at 110 Hulburt Road has porches that are one story and are supported by classical columns.﻿﻿﻿﻿

Mainly one story, often with a wide cornice and supported by classical columns. Because the Greek Revival homes in Fairport are considered vernacular (of local design) the columns are usually square. The home pictured above is located at 110 Hulburt Road. 42 and 25 West Street and 79 West Avenue show square columns.A full pediment may occur at the top of the porch roof.

Characterized by narrow sidelights and a rectangular transom over the top of the door frame. Sometimes doorways are recessed with half columns, pilasters or wide cornices decorating the entry. A recessed doorway with half columns can be seen at 62 West Avenue and pilasters are located at the front house corners at 106 Hulburt Avenue.

6 panes over 6 panes will be seen on most of the Greek Revival houses within the Village. Also common for this style are the frieze band windows with decorative grills on a wide cornice band. 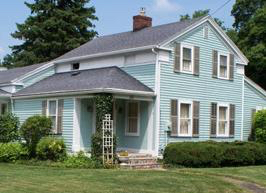 The home at 33 East Church Street was built 1930-50.
It has a broken pediment and frieze band windows. 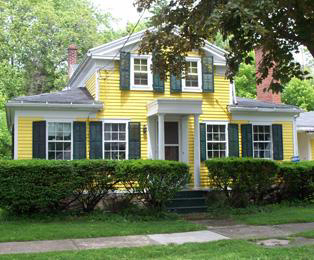 This home, built 1840-1850 was moved from the canal to South Main and then to its current location at 10 Clinton Place.

Frieze band window shown from inside looking out - 106 Hulburt Road. 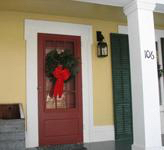 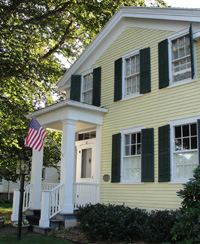 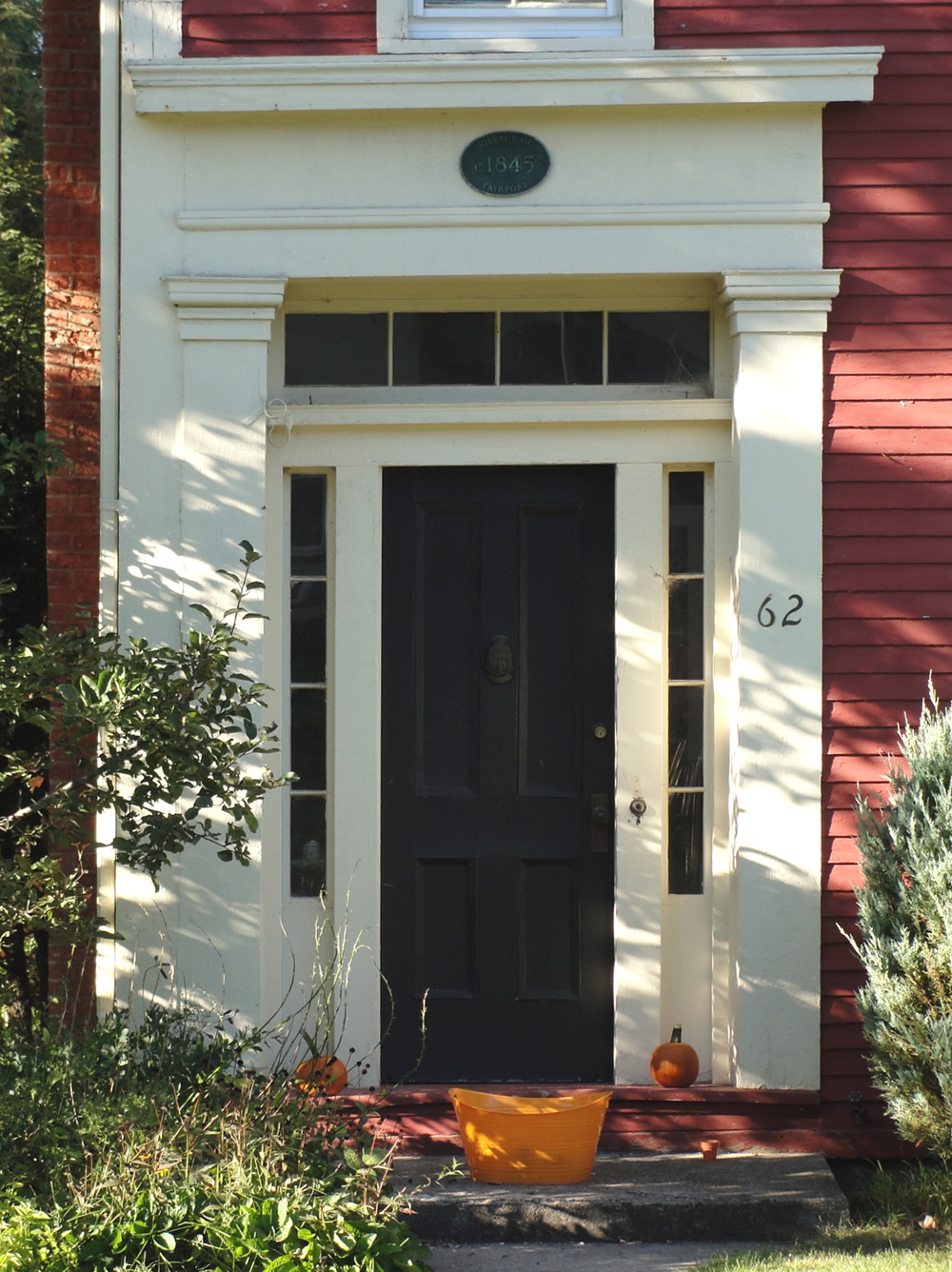 62 West Avenue door has side lights and a transom window. 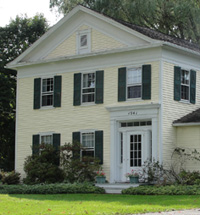 This home at 1070 Pittsford-Victor Road has a full pediment, six over six windows, Greek entrance.

Located at 79 West Avenue, this Greek Revival has had the original windows replaced with Tudor like leaded glass panes.