Martha Ann Brown was born on her family’s farm in Livonia, NY in 1890. She attended Livonia district school and Livonia High School, then graduated from the Geneseo Normal School, now SUNY Geneseo, in 1910. She spent the next ten years in Delhi, Walworth, Nyack and Livonia teaching both primary and high school grades. 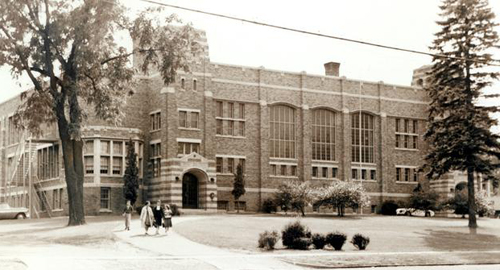 The first Martha Brown Junior High School, was located on West Avenue in the village of Fairport in the building known as West Avenue High School. It was named after Brown in 1957. The West Avenue School has converted into condominiums known as Packett's Glen.

Martha Brown loved teaching. She liked being with young people. They kept her young. She could see the potential in her students and worked hard to help them reach that potential. One former pupil, Albert Knapp, recalled that she helped him through a spelling test necessary to finish eighth grade. Had he failed he would have quit school. Instead he passed the test, stayed in school and became mayor of the village and one of the community’s most successful men.

“I failed the first time I took the test and was the only one retaking it. She sat me in the front row, then stood in front of me and gave me the word to spell. I would write it out, then look at her. If it was right she would go on to the next word. If it was wrong she would shake her head and say the word again, giving me another chance to get it right. This went on until I spelled the word correctly and we could move forward.”

When another student fell ill with rheumatic fever and missed several months of school, Brown stopped after school each day to tutor her. She felt that it was very important for the girl to keep up her studies and stay with her class. 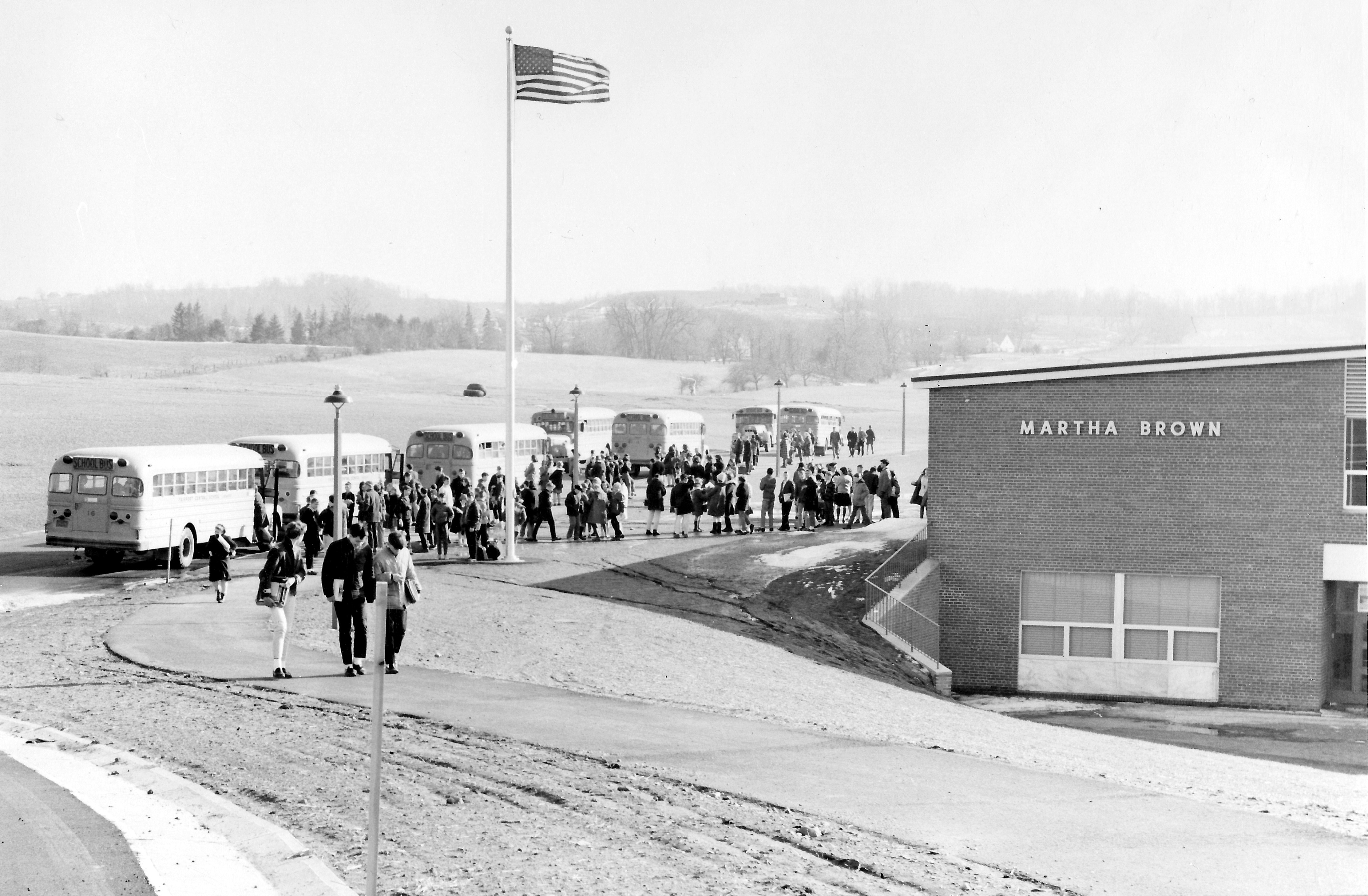 She worked to make new teachers feel welcome, taking them under her wing until they felt comfortable standing on their own. Because Brown lived in Fairport, in a Fourth Avenue house she shared with her sister Sylvia, she was able to introduce them to the ins and outs of the community as well as the school.

Brown served as Junior High principal for several years. When she retired in 1957 the school board announced that the West Avenue High School, soon to be a junior high, would be named in her honor. Eight years later, when the West Avenue School became an elementary school and a new junior high building opened on Ayrault Road, that building became Martha Brown Junior High.

Image shows the school in 1965. The school celebrated fifty years in the Spring of 2015.

On February 1, 1965, Martha Brown participated in the opening ceremonies for the new school. Contemporary photos show her troweling cement on the cornerstone while Principal Floyd Peck and Superintendent W. McGregor Deller watched. 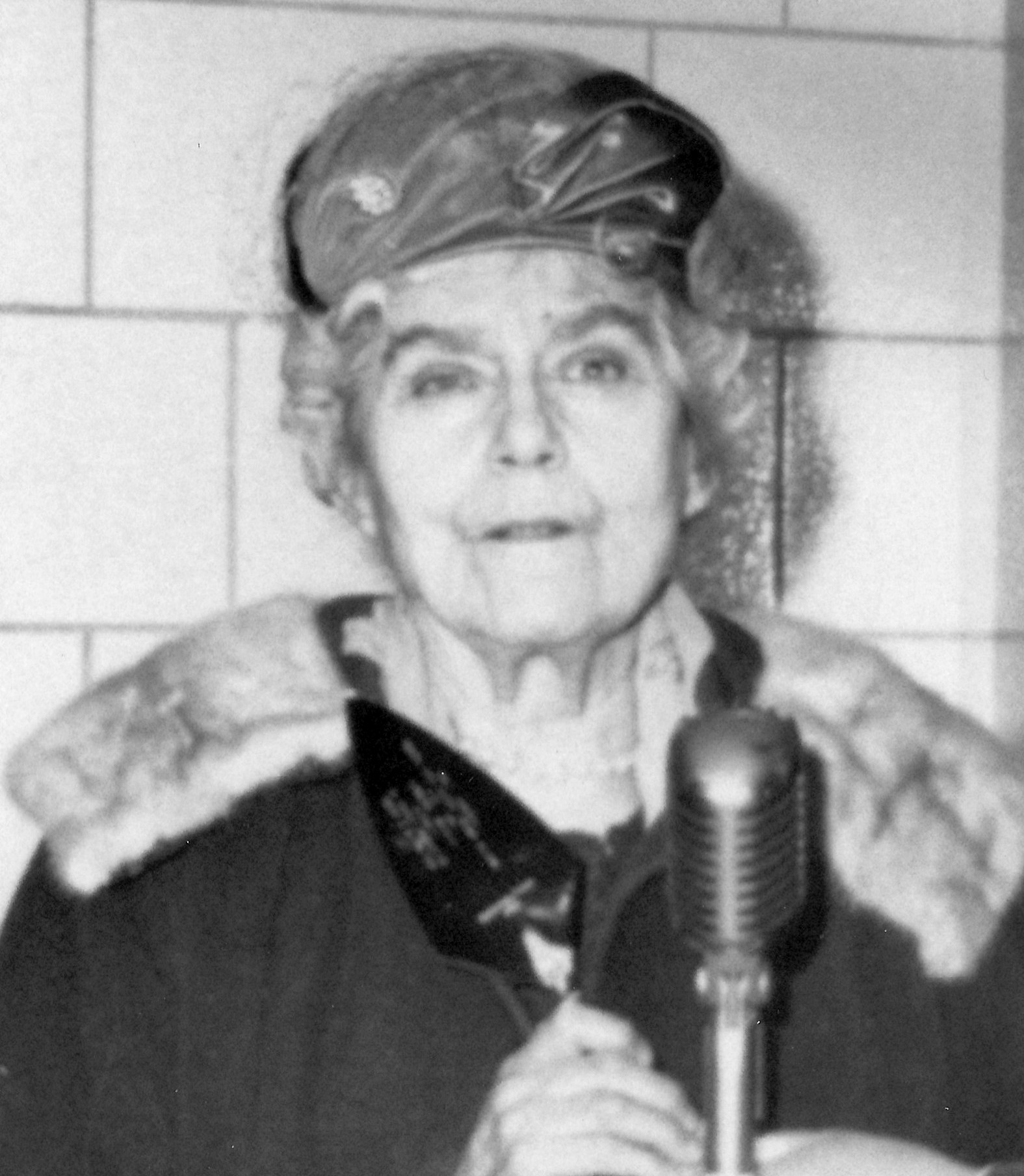 Martha Brown at the opening ceremonies for the new school in 1965.

The laying of the cornerstone, jointly participated in by Mrs. Anne Hartigan, retired School Board member, and Martha Brown, retired teacher. The Martha Brown school was relocated to this new building on Ayrault Road.

Brown lived in Fairport, at 22 Fourth Avenue in a house she shared with her sister Sylvia.