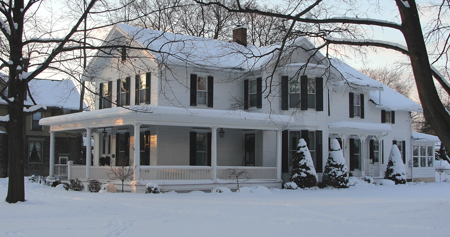 We turn now to a style that was much less elaborate than its predecessors, but strongly influenced by them nonetheless. Folk Victorian is a style developed around the National Folk house forms popular in this country from 1850-1890. These were simple house forms based on the very earliest domestic structures in the United States.

This home at 100 West Church is an example of the Folk Victorian style. It was designated a landmark by the village. Characteristics of this style are: the front gabled roof, smaller east and west wings and a two-story bay window.

The expansion of the railroads enabled the development of both the National Folk house style and the Folk Victorian style. Where the ready availability of light weight lumber facilitated the former, the latter was enabled by providing the pre-cut and inexpensive elaborate Victorian detailing that we have seen used so profusely on the previous styles. Folk Victorian became popular all over the country.

In this variation, Victorian detailing was appended to existing folk houses as fashion conscious homeowners sought to update their older folk style homes. Or, it was added to newly constructed traditional folk house forms familiar to local carpenters. Using flat, jigsaw cut trim, these homes became highly stylized examples of a distinctive house form style. It would be replaced by the more eclectic styles that carry us into the 1940s.

Two storied front-gabled forms are the most common, but gable and wing and side-gabled structures are also popular - always with a symmetrical and balanced facade. Cornice brackets are popular decorations.

The porch is the primary decorative surface. These decorations can be seen in the porch supports as either turned spindles (Queen Anne) or square posts with beveled corners (Italianate). Lacy arched borders (spandrels) trimmed the ceilings and turned balusters appear on the porch railings.

Folk Victorian windows are generally simple with 4 or 6 panes and perhaps a small pediment over the top of a window.

These doorways are not distinctive and can mimic earlier styles. 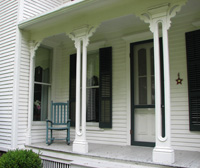 The east side porch of 100 West Church Street has unusual post supports. 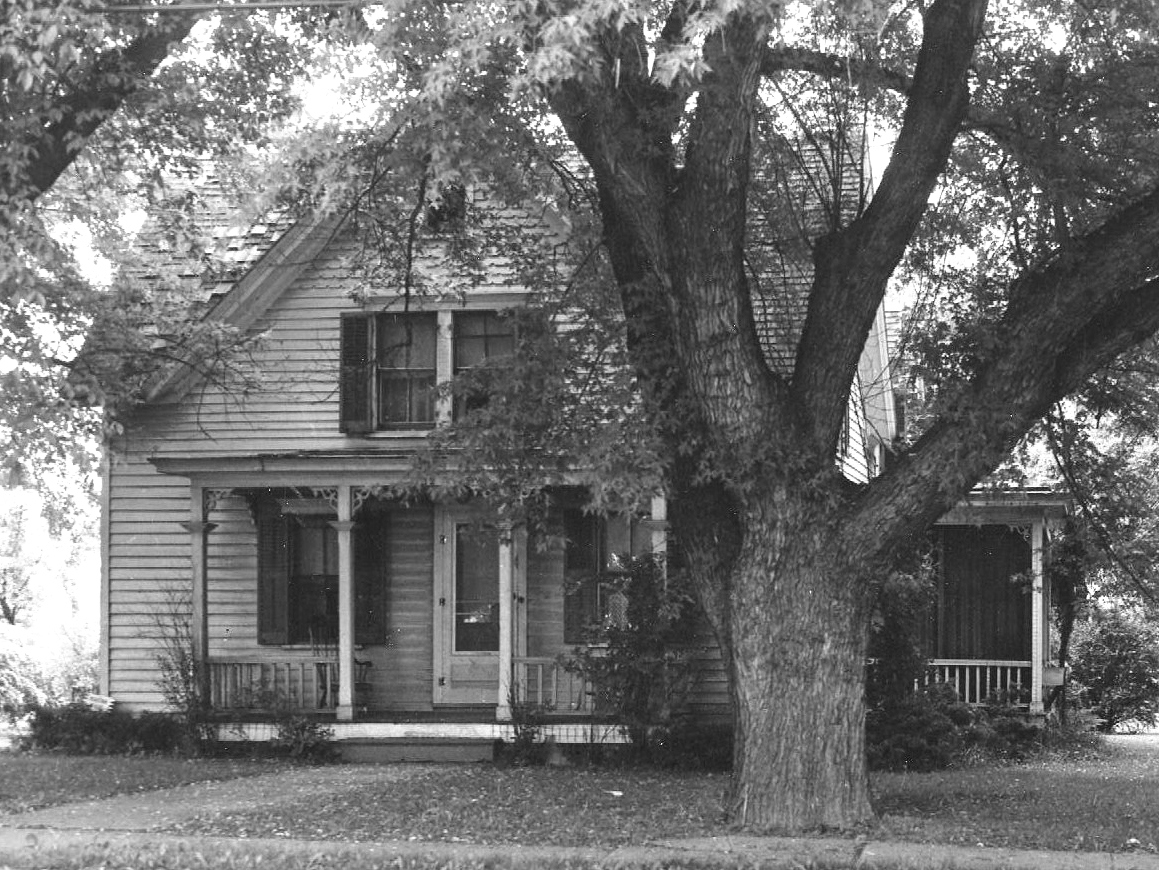 The original house at 182 West Church Street was single story with two rooms. The gables, dormers and added trim details were probably done in 1888. It was common to bring simple folk homes up-to-date with details of the Victorian era.

This photo is of the house in the 1940s, compliments of Matson and Ruth Ewell. The home, called the Cook - Ewell house, is also a village landmark.