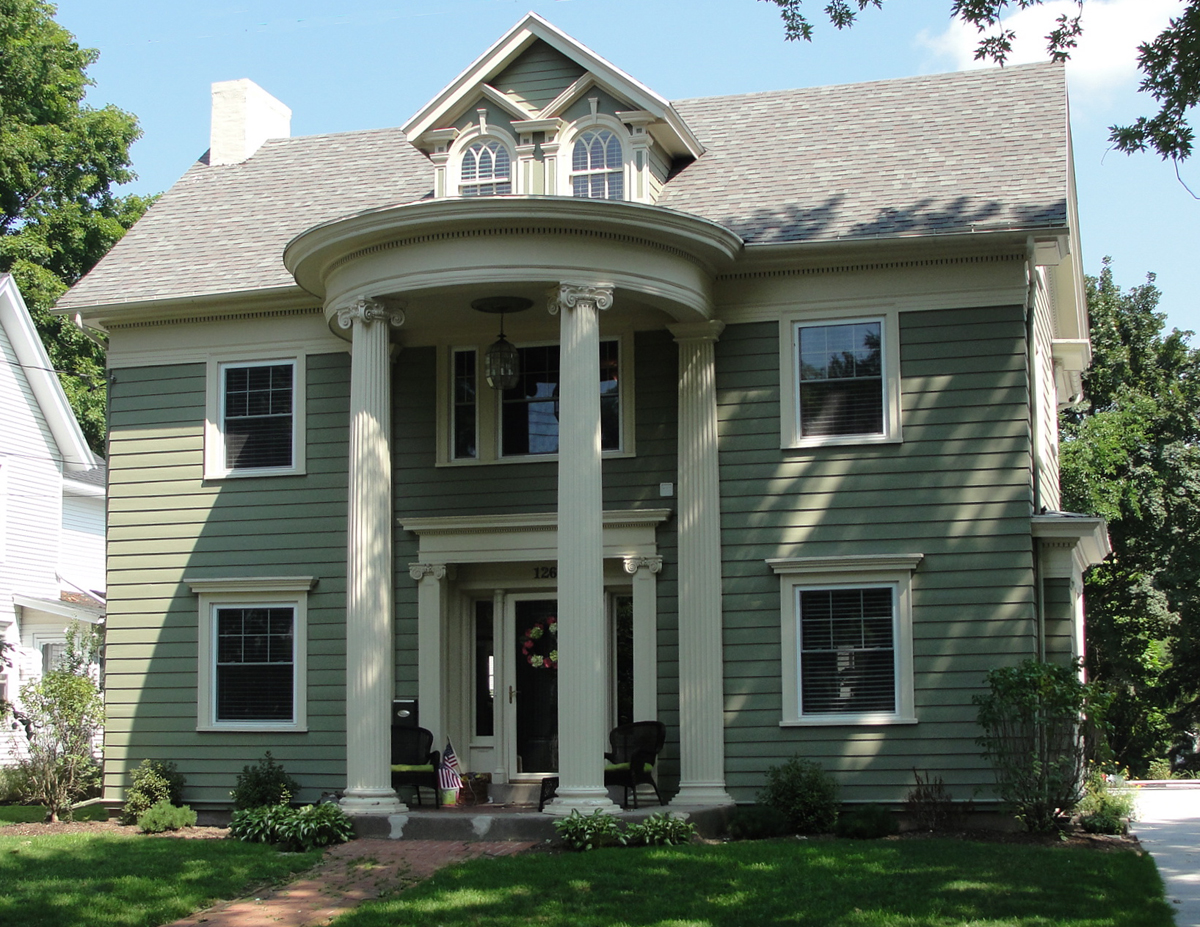 The 1893 Chicago Columbian Exposition set the tone for the next phase of architectural style in the United States when the architects and planners hired to build the "White City" chose a classical, colonnaded motif for the building designs.

Never as prolific as its sister form but just as popular, it continued to co-exist with Colonial Revival through the 1950s.

The facade of the Kellogg House at 126 West Avenue is dominated by a full height semi-circular porch with the roof supported by classical columns. It has symmetrically balanced windows and a center door with sidelights. It was built by Gordon Kellogg in 1911.

The availability of mass-produced capitals, either prefabricated molded plaster or composition material allowed for the introduction of elaborate Corinthian or Ionic capitals on the ubiquitous columns. It was a style that inspired countless public and commercial buildings throughout the following decades.

Similar to Colonial Revival, the cornices were decorated with dentils or boxed moldings and resembled the earlier Greek Revival and Early Classical designs. Roofline balustrades are also seen on these homes. 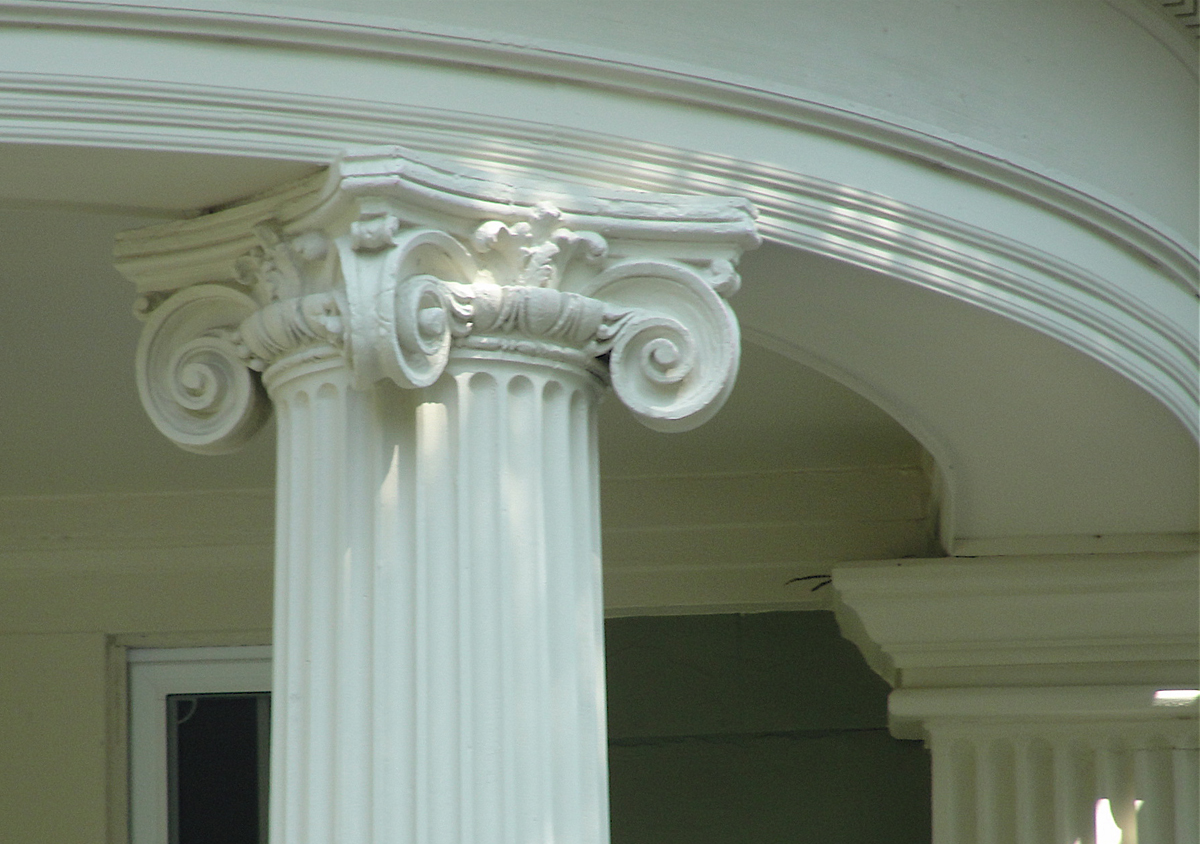 Up to the 1920s these columns were ornate, mixing Corinthian and Ionic details which were enabled by the mass production of the highly decorative caps. After the 1920s, slender unfluted, sometimes square columns replaced these.

126 West Avenue has Ionic and Corinthian details in the columns.

Always elaborate, with decorative surrounds looking very much like their Georgian, Greek Revival and Adams forbears. They could have broken or unbroken pediments and are sometimes recessed.

The former Fairport Public Library is an example of this style in a commercial building.

The former Fairport Public Library entrance has a semi-circular leaded-glass fanlight above the doorway. This style is sometimes called Georgian Revival. 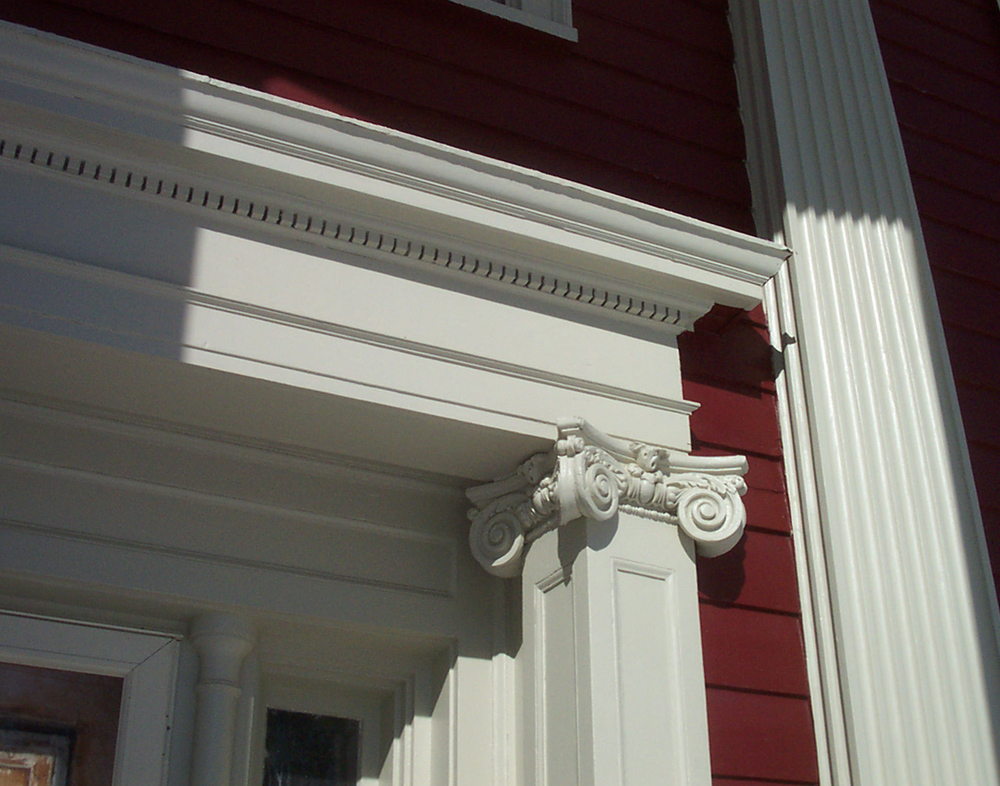 The doorway to 126 West Avenue is framed by the columns with both Ionic and Corinthian details. Photo is from 2007. 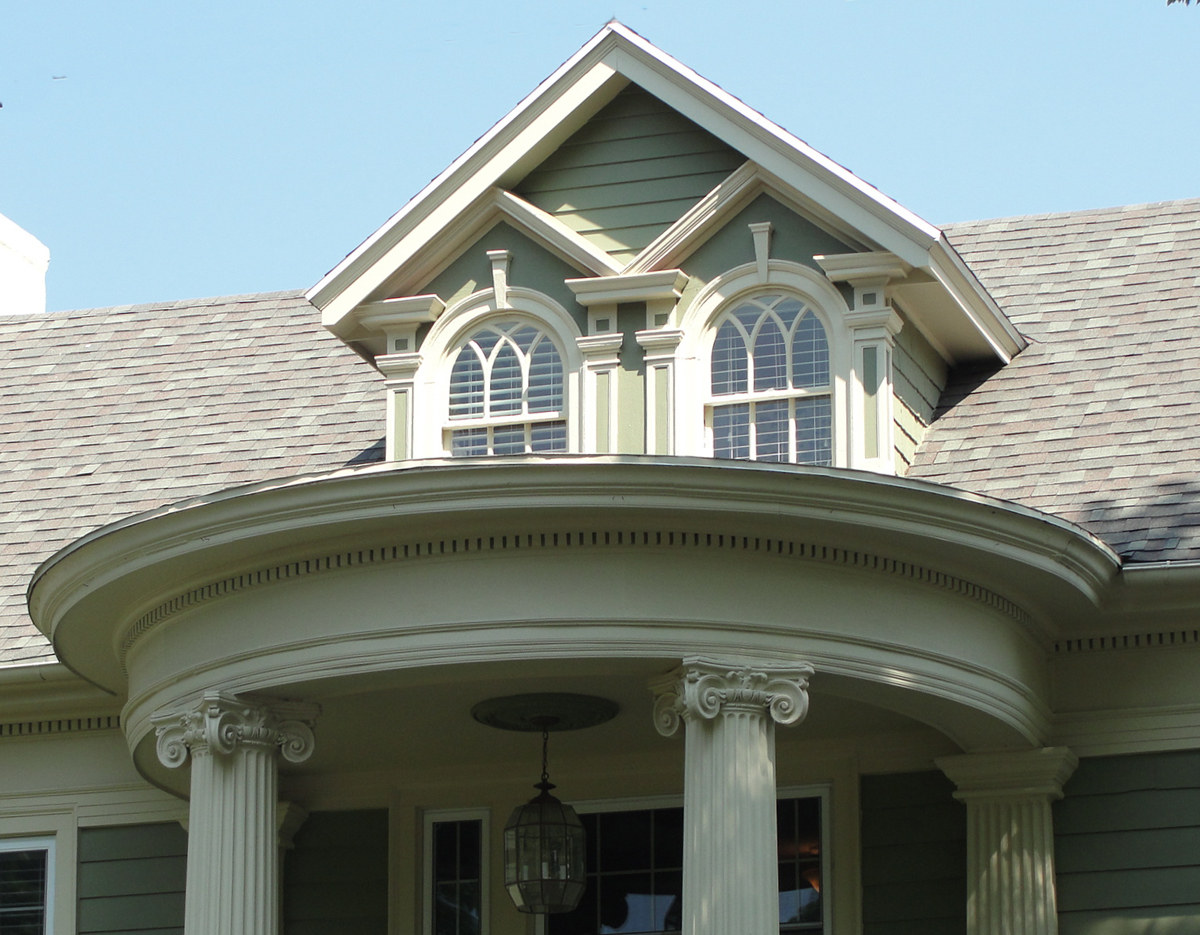 The gabled dormer above the center portico has two beautiful round-arch double-hung windows. Photo is from 2012.