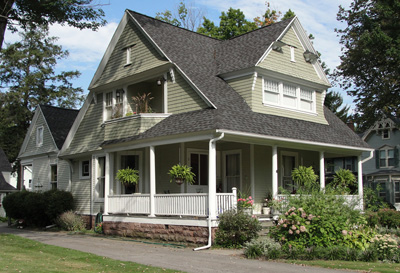 The Shingle Style borrowed from a number of earlier architectural styles including Queen Anne, Colonial Revival and Romanesque.

It is shown with continuous wood shingles on the walls and the roof, no corner boards, a steeply pitched roofline with intersecting cross gables and extensive porches. All elements we have previously seen in earlier styles.

The home at 36 West Street is a beautiful example of the Shingle style.

What it does not show are elaborate decorations on doors, windows, cornices, porches or wall surfaces. Still asymmetrical in shape the style aims at creating an enclosure for a complex shape. Details, where present, enhance the irregular shape, or the uniformity of its surface. Along with its cousins, it was a uniquely American adaptation of earlier traditions. It was a high fashion architectural style that did not suit itself to massed vernacular housing.

The style began and peaked in the seaside resorts of the northeastern United States. These were the fashionable destinations of the well to do with their architect-designed cottages. While it did become popular in the rest of the country, it was never as popular as Queen Anne, and examples are not seen much beyond the coastal United States. Noted architects associated with Shingle style are H. H. Richardson and McKim, Mead and White. 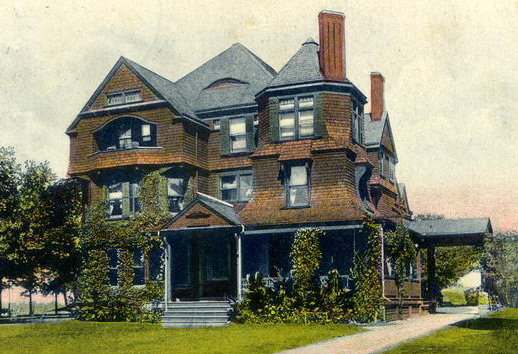 Not a seaside resort surely, but Fairport was not to be outdone here. The former Levi DeLand home located at the corner of North Main Street and Whitney Road was a stunning example of Shingle style that could compete with any seacoast mansion. It was torn down in the 1970s to make way for the Baptist Home.

At right is a postcard image taken in 1908 of the Baptist Home, formerly the Levi DeLand house.
It was designed by John Rochester Thomas.

Characteristic Details of the Shingle Style

These structures are asymmetrical and look very much like Queen Anne with steeply pitched, hipped and cross gabled roofs at either the side or the front, sometimes with full or half towers. A popular variation is the gambrel roof. Dormers were popular and are seen with an eyebrow, shed or gable roof.

Wide and deep porches run across the full facade, often extending around the sides. Classical paired porch supports are seen but the most popular is a plain support and balustrade. Masonry, rusticated stone and shingled supports are seen in this style also.

Multi pane on the upper half of the window and strips of three or more are common, as well as bay windows and walls that curve into windows. 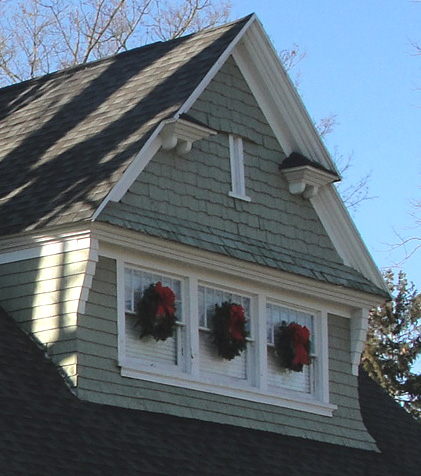 In this close-up of 36 West Street you can see the wavy wall surface above the small rectangular window in the gable, the pent roof with shingles, the strip of three windows and the curve of the wall at the roof. 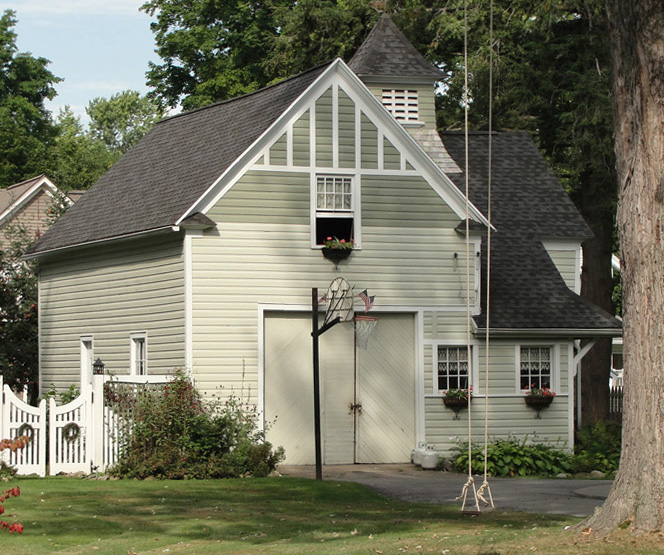 The carriage house at 36 West Street. Note the curved shingled wall of the cupola. 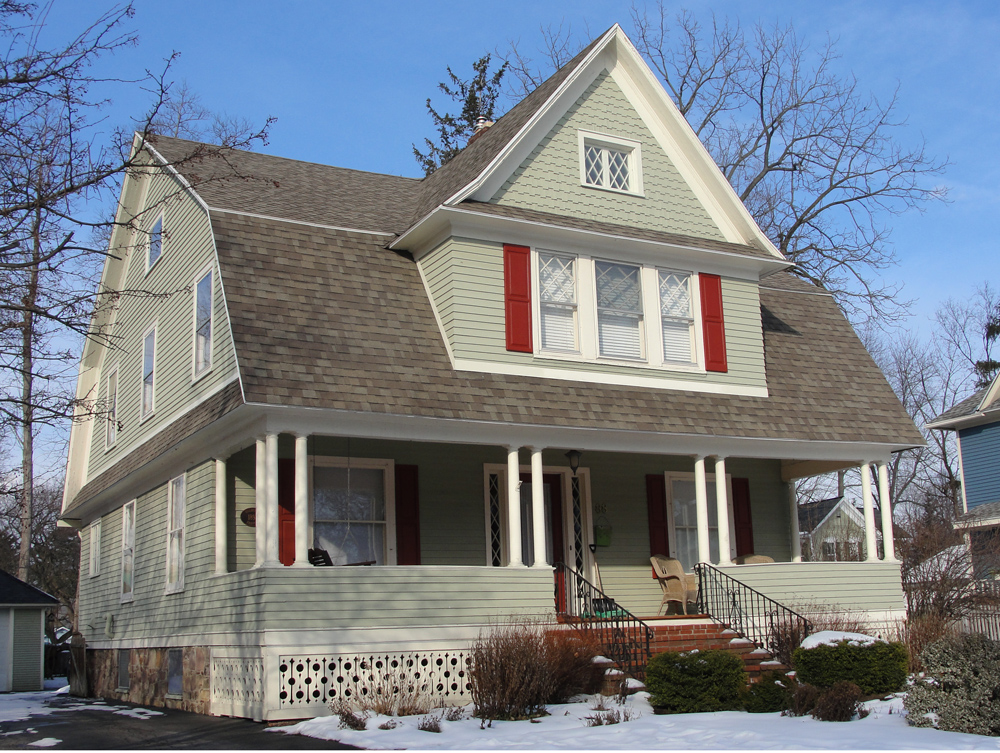