John Parker mentored two other African-American men into the trade, first Abe Taylor, and later, Charles Hull. In total, these three gentlemen ran barber shops in Fairport from the 1860s through the 1930s.

Abraham D. Taylor was born in Virginia in about 1852, and as a youth escaped slavery. He probably fled to Canada, and made his way back to the United States after the war. When he arrived in Monroe County, he found shelter with the Osburn family in Penfield Center. 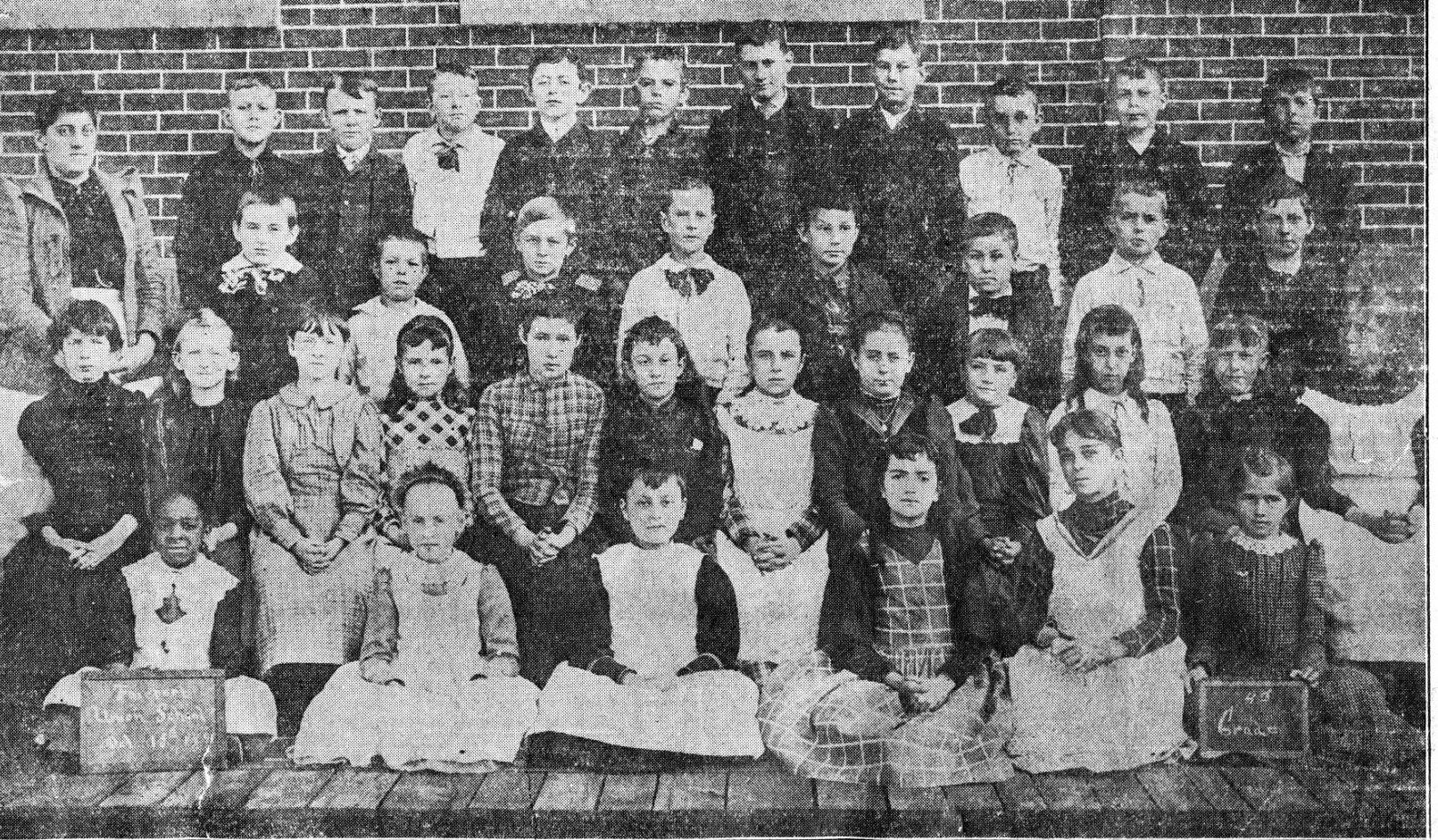 By 1870, census reports indicate he was living in the home of John Parker’s family, and was employed as a barber, most likely in Parker’s shop.

Shown here in the front row on the left is Abe Taylor's daughter, Mamie Parker with her 4th grade class in Fairport's Union School in 1891.

He must have learned his trade well, for by February of 1873, The Fairport Herald reported a new barber shop: “A.D. Taylor, having opened his new shop under Fellow’s Jewelry Store, Ives Block, Main Street, Fairport, N.Y., is now prepared to give a good shave and a nice cut – Remember Father Abraham.”

It seems an odd slogan – “Remember Father Abraham” – for a 21 year old barber. Over the years the shop moved from one building to another on South Main Street and West Avenue.

After establishing his career in Fairport, Abe Taylor married a young lady named Rebecca, a native of North Carolina. Together they had one daughter, Mary, born in 1879. 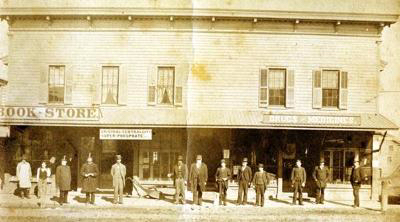 The Taylors owned 134 South Main Street, and Abe operated his barber shop for about fifty years. During this time, he became influential within the ranks of local Republicans.

In the early 1880s, Abe Taylor’s shop was located in the Hawkins block, just south of the Main Street canal bridge on the east side of the street.

Abe Taylor was an ally and confidant of legendary Monroe County power broker George W. Aldridge, and had quarters at Rochester City Hall for many years. Local politicians often sought Taylor’s support in their own political races. He sometimes accompanied Aldridge on trips to Albany, leaving his barber shop in the hands of one of his assistants.

In the early 1920s, Abraham Taylor and his wife moved to Rochester, making their home on Portage Street. He died at the age of 73 in 1925, and was interred at Rochester’s Riverside Cemetery on Lake Avenue.*

* Article was written by Bill Poray, Perinton Town Historian and published in the Fairport-ER Post, 08/28/2014 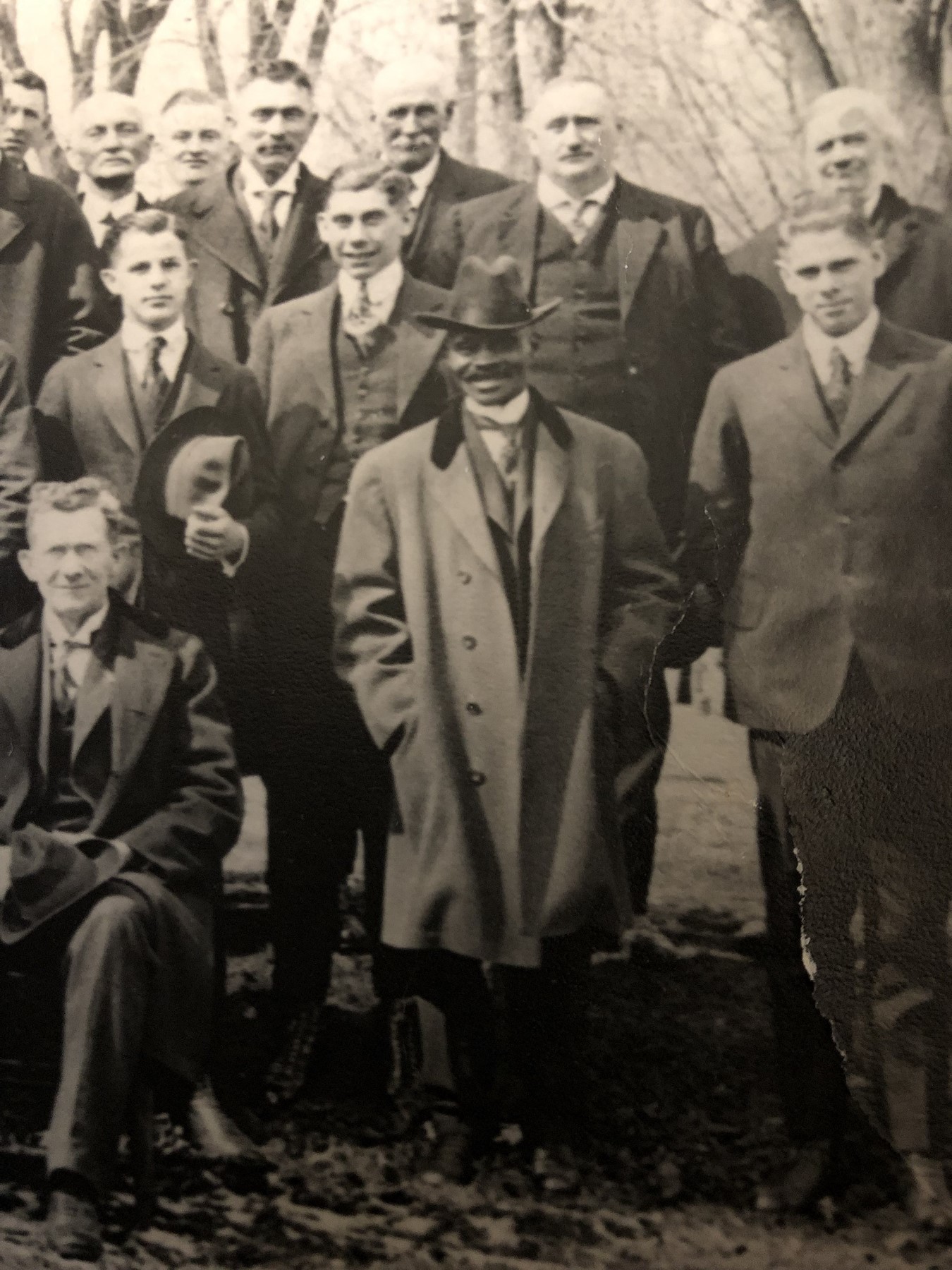