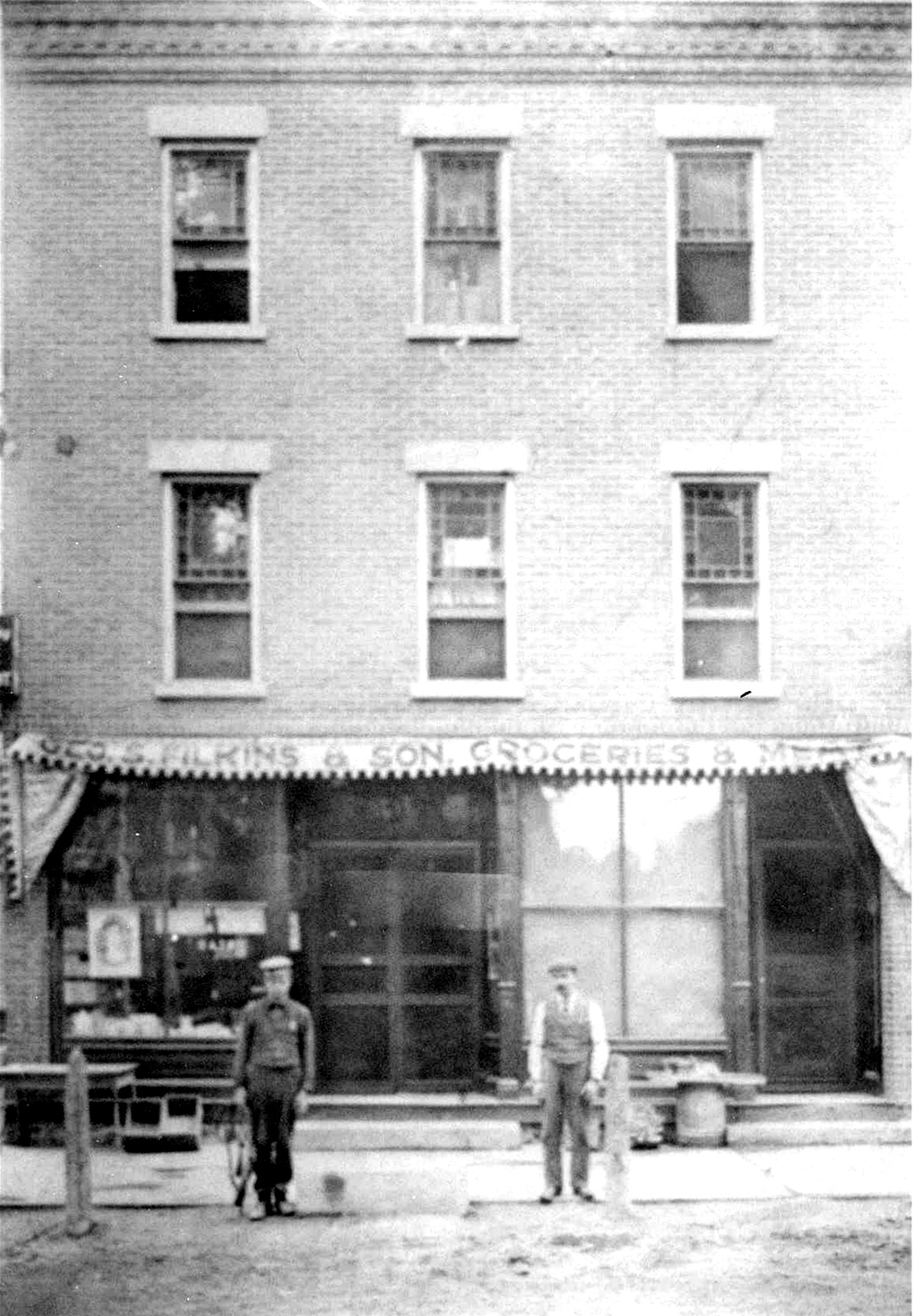 I decided to conduct my research on Filkins, because he was a prominent figure in Fairport in the late 1800s due to his service in the Civil War and his impact on the development of the village of Fairport. The information that I have found about Filkins and his work are from the Fairport Historical Museum, perinton.org and perintonhistoriacalsociety.org.

George Southworth Filkins was born in 1838, in Penfield, New York, to Isaac and Catherine Southworth Filkins. He was the youngest son of five children, and while most of his siblings moved, he stayed in Fairport. Filkins served in the Civil War for two years with the 113th New York Volunteers, Company B. He returned in 1865 and by 1869 he had settled in Fairport at 43 West Church Street and married Ada Benedict.

George and Ada had two children together, George Allen and Ernest. After their children were born, he began developing parts of the village of Fairport. He developed Filkins and George Streets which are just south of Church Street. Filkins then built three houses on South Main Street: 160, 164 and 166. He built all of these houses out of brick and with a similar Italianate architectural style.

For many years George Filkins ran a meat market and grocery store in the village of Fairport. The three story building, built in 1888, was constructed of brick, like many of the homes he built. He cleverly tapped into the new municipal water works to power his sausage-cutting apparatus. Although the third floor was removed decades ago, the Filkins Block still stands at 45 South Main Street, and is home to the Fairport Savings Bank.

Italianate style began in England with the Romantic Movement emphasizing rural, rambling informal farmhouses and moving away from the 200 year old formal styles of Greek Revival and Classicism. Houses 160 and 164 show more Italianate style than 166, however 166 still displays some of the Italianate characteristics, such as cross gable-segmental arched windows. Another Italianate feature that 166 has is a simple one story porch. 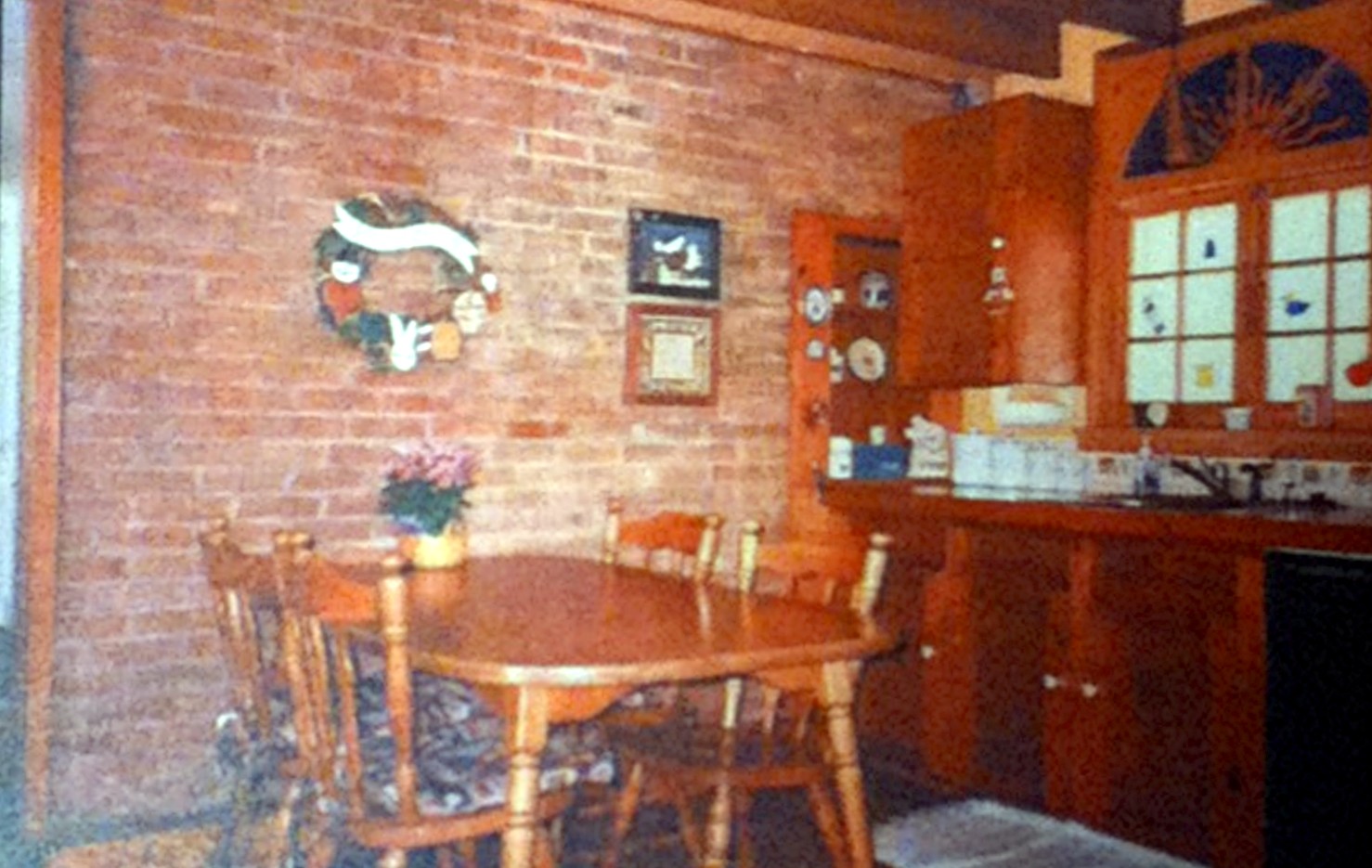 An interesting fact about 166 South Main Street, is that the kitchen used to be in the basement. In addition, the windows and door frames on 166 are the original ones from when it was built in 1874. Another unique feature of 166 South Main Street is the exposed brick wall in what is now the kitchen. This brick wall was the exterior wall of where the house ended. This historical home was also featured in the Fairport Historical Museum calendar published in 1982. Filkins lived in 166 South Main Street for a short time until he sold it in 1881, after his wife Ada died in 1879.

In 1883 he married Mary E. White and had three children with her, Anna May, Clarence, and Howard. At the turn of the 20th century, the Filkins family was farming a large parcel of land on Hulburt Avenue in the vicinity of today's Minerva DeLand School. Their farmhouse was then moved to 110 Hulburt Avenue, where George lived. The house at 110 Hulburt Avenue is called the Filkins-Carroll House, which was declared a village landmark by the Fairport Historic Preservation Commission in 2012.

Filkins passed away at age 78 in 1917 and his legacy lives on in the several brick houses he built, the historical landmark of 110 Hulburt Avenue and the roads he named after himself, Filkins and George Street.

Editors Note: Since the writing of this article, George Filkins built houses, 160 South Main and 164 South Main have been designated local landmarks in Fairport. In 2017, the Society hosted a Filkins in Fairport house tour.