Helen DeLand was the only daughter of Henry and Sarah Parce DeLand to survive infancy. Until she was seven the family lived in a small federal-style house at what is now Fairport’s Four Corners.  Her father, Henry DeLand, had the house moved to its current location, 39 East Church Street, and built a French Chateau-style mansion in its place. That house, known as the Green Lantern Inn (DeLand House), was Helen’s home for the next 20 years.

By all accounts, Helen’s childhood was a happy one. In her memoirs she described the house in detail, including her bedroom: a tower room with pale green walls and a darker green carpet with a flower border, a cherry bedroom set, olive wood desk and a sewing work basket (something found in the bedrooms of most 19th century girls). She talked about playing hide-and-seek under the ornate dining room table, spending time in the third-floor tower playroom, going out on the roof to see where her friends were playing. The conservatory was a favorite place; she loved spending time among the many tropical plants and listening to the songs of the resident mocking bird.

The house was surrounded by trees, shrubs, green lawns and formal gardens, with a chicken coop, stables and a kitchen garden in back.  One of Helen’s favorite rainy-day activities was to use the swing that had been set up for her, and her older brother Harlan, in the stables.  It provided a play area away from the house even when the weather did not cooperate.

The DeLand family traveled to Florida for the first time in 1876, the same year their house was being built.  Henry was drawn to central Florida; he purchased a large tract of land in the middle of a pine forest and began planning a new community – soon to be known as Deland Florida.

For the next five years Helen and her brother Harlan lived divided lives: part of the year they lived the life of the well-to-do in Fairport, the rest of the year they led the life of pioneer children in Florida.  They helped those who were clearing land, building houses, fighting pests, droughts, fire and frost.  With the hardships came honors: one of the early hotels in Deland was named for Harlan and a nearby lake was named for Helen. While the hotel is long-gone, Lake Helen is still part of central Florida.

In 1881 Henry DeLand retired from the DeLand Chemical Company so that he could, devote all his energy to the new community. The family continued to divide its time between Fairport and DeLand; Helen and Harlan attended schools in both DeLand and Fairport.

In 1886 Helen graduated from Fairport High School. She pursued her interest in higher education.  She graduated from Smith College in 1892, then taught in the preparatory department of Stetson University in DeLand Florida. Eventually she returned to upstate New York and taught in Medina.

The disastrous winter of 1894-95 destroyed most of the orange groves in DeLand. Henry DeLand had guaranteed the Florida investments of many others; after honoring those guarantees he found himself ruined financially.

The DeLands returned to Fairport. Henry returned to work, selling saleratus for the Monroe Chemical Company. His daughter left teaching and worked with him as secretary and treasurer for the company.

The early years of the twentieth century were very difficult ones. Harlan died from tuberculosis in 1903.  Henry died in 1908, Sarah in 1913.  In 1919 Helen returned to education. She first taught at the Fairport High School, then became librarian for the village library, in 1923, and the high school, in 1924.  She held both posts until 1933, earning a full-time salary from two part-time jobs. She worked hard to be sure the two collections complemented each other, providing a greater number of books for the reading public than might have been available had the libraries’ collections duplicated each other. (At that time both the school library and the village library were open to the public).

Helen was one of a group of women who worked to record Fairport’s history. A member of the Fairport Historical Club, and its president from 1900 – 1919, she carefully recorded her memories of her childhood, recognizing that her family’s position in the community made those memories valuable.

Helen also wrote about her childhood in Florida. The Story of DeLand and Lake Helen Florida was first published in 1928. It was reprinted in 1990 by the West Volusia Historical Society.

Helen retired in 1938. In 1951, as part of DeLand’s Diamond Jubilee, Stetson University honored her with a Doctor of Humane Letters.  Helen DeLand died in 1956.  She is buried in the family plot in Mt. Pleasant Cemetery. 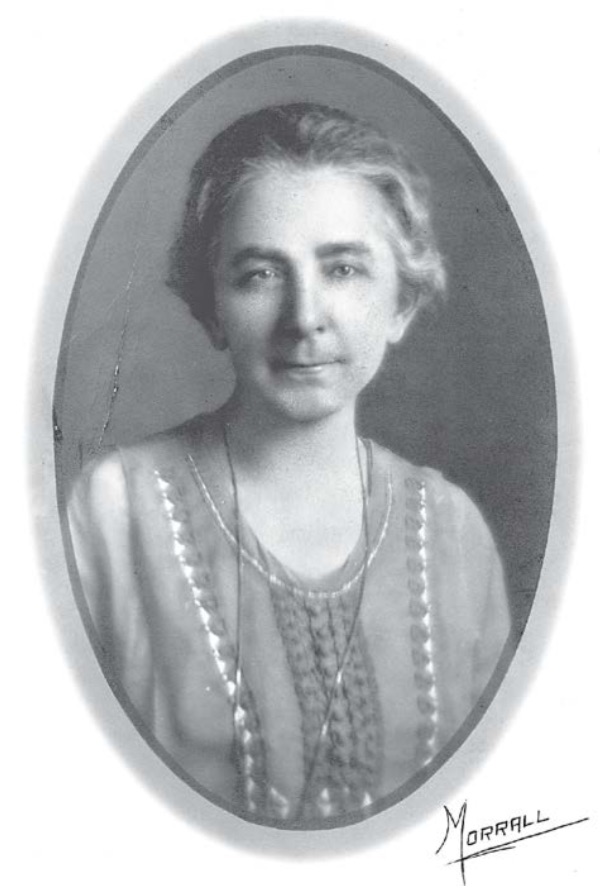 Image of Helen DeLand, circa 1920. She was one of many women in Fairport involved in the Fairport Welfare Association (FWA). To learn more about the FWA download the September 2020 Historigram. 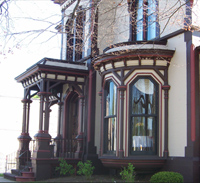 Helen grew up in the DeLand House at 1 East Church Street. The home is locally designated and is on the National Register. See more about the home.