John W. Parker was born into slavery on a Maryland plantation in 1827. The estate was owned by Judge Parker, who shared his surname with his slaves. Although plantation owners often discouraged the education of their slaves, young John Parker learned to read and write, and also became proficient in mathematics.

He soon was entrusted with the operation of a gristmill and sawmill on the plantation. His abilities put him in good favor with the Judge and his wife, and as compared to others who shared his lot in life, things certainly could have been worse for the young slave.

When the Judge’s wife died and he remarried, life on the plantation quickly eroded for the slaves. John Parker and many others planned an escape, fleeing in the dark of night in August of 1859. They traveled at night, and laid low during the daylight hours, finally arriving in Philadelphia. With the help of a Quaker family, the escaped slaves traveled the Underground Railroad from Pennsylvania to Canada.

John Parker’s first job as a free man was on a Canadian farm. Later he took employment as a hotel porter, and then for a tobacco company in Toronto, where he learned to make cigars. At the conclusion of the Civil War, he was able to return to the United States. Recently married, he and his bride crossed the border and settled in the newly incorporated village of Fairport. What caused the almost forty-year-old John Parker to choose this community as his home is unclear. But once he arrived, he made a name for himself. 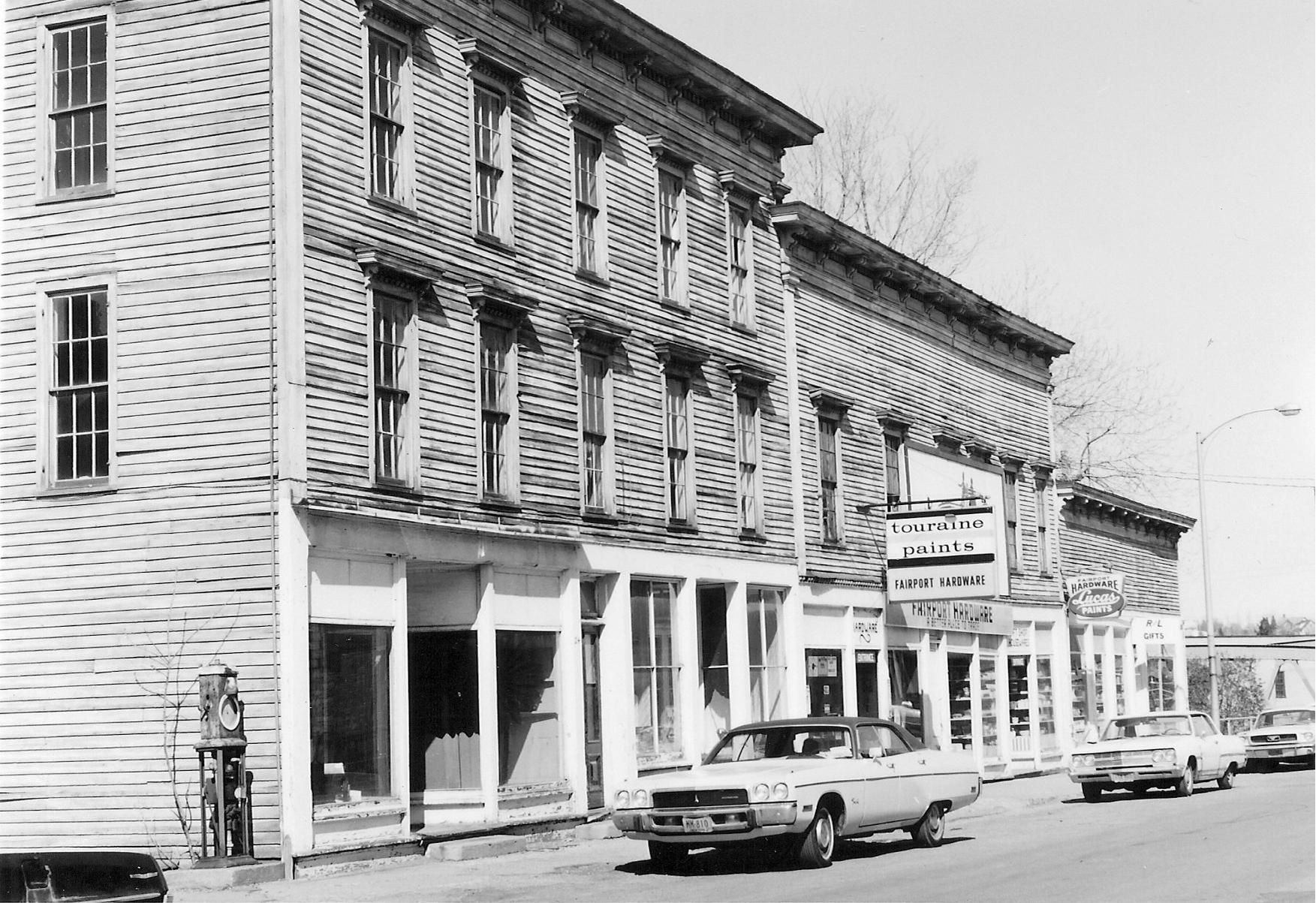 The Parker family lived on what was called Cherry Street at the time, today’s West Avenue, where he also began a long and successful career as a barber.

Utilizing skills he had learned in Toronto, Parker added a cigar-making operation at the rear of his barber shop, using tobacco grown by local farmer and carpenter Harrison Wooden.

John Parker’s barbershop and cigar factory were located in this West Avenue building for many years. The building was later ocupied by Fairport Hardware.

Soon after their arrival, his wife died, and Parker remarried. John and his second wife Charlotte (Lottie) had a son, John W. Parker Jr. and daughter together, and were dedicated members of Fairport’s Methodist Episcopal Church which is located 31 West Church Street.

When a new church was constructed in the late 1870s, the family generously contributed to its construction, and John Parker was elected as a Trustee for several terms.

For over thirty years, John Parker operated his barber shop in Fairport. In that time, he mentored two other African-American men into the trade, first Abe Taylor, and soon after, Charles Hull. As a result, these three gentlemen were the chosen barbers for what must have been thousands of Fairport and Perinton men from the 1860s through the 1930s, more than 140 cumulative years of the barber’s trade in Fairport. *

Editor's Note: John Parker died in 1900 and is buried in the Greenvale Rural Cemetery in Fairport. His wife Charlotte was born in 1850 and died in 1921.

* This article was written by Town Historian, Bill Poray and published in the Fairport-ER Post, 08/14/2014

John Parker operated his barber shop in Fairport for over 40 years. In that time, he mentored two other African-American men into the trade, first Abe Taylor, and soon after, Charles Hull.

The Taylors were dedicated members of Fairport’s Methodist Episcopal Church on Church St. When it was constructed in the late 1870s, the family generously contributed to its construction.

(Note, this church was replaced with a newer building)