The Kellogg home located at 126 West Avenue was designated an historic landmark by the Fairport Historic Preservation Commission (FHPC) in early 2013. The home was built in the Georgian Revival style and stands out on a street with many Victorian era homes. Gordon H. Kellogg, an American Can Company executive, built the home in 1911. 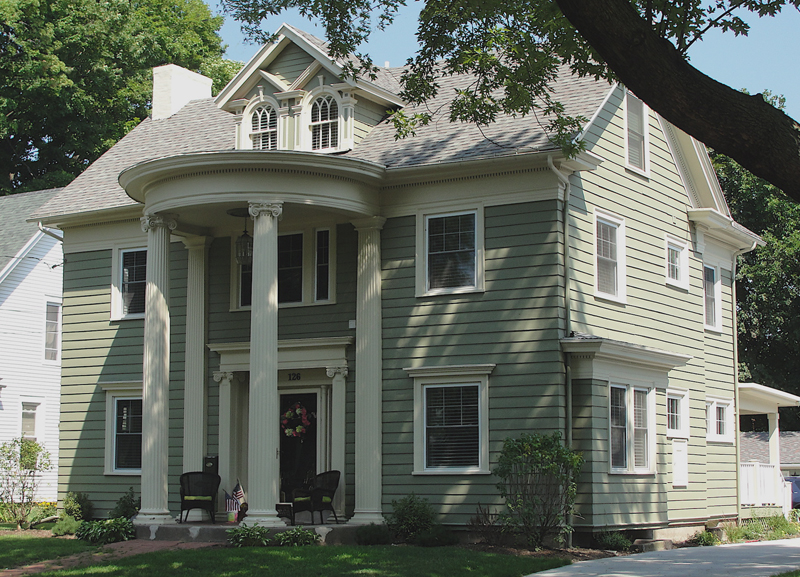 It has a side-gabled form with a symmetrically balanced façade, full height round portico supported by two fluted columns that have classical composite capitals and pilasters. Composite capitals are a combination of corinthian and ionic details.  Both the house and the portico have wide frieze bands and dentil detailing under the  eaves.

The Kellogg home was built in the Georgian Revival style and stands out on a street with many Victorian era homes.

The entry is a single wood paneled door with sidelights and door surrounds with pilasters, composite capitals and decorative entablature. There is a window group, one large and two small above the entrance on the second floor.

The gabled dormer on the third floor has paired round top windows with an unusual sash-glazing pattern. The windows have a keystone detail at the top and pilasters on each side.

Gordon Kellogg's father was M. J. Kellogg who was owner/partner of the Howe & Kellogg store (circa 1886) located in the Bown Block on Main Street. Gordon grew up in Fairport, presumably next door to the home he built, attended Fairport Schools and went to Colgate University in 1902.

In 1907 he accepted a position at the Sanitary Can Company (American Can Company) and was manager of the Fairport plant for two years and then in 1912 took charge of the Northeastern District Sales Office in Rochester. In 1926 he was made Assistant General Manager of Sales, with his office in New York City. Mr. Kellogg was associated with George W. Cobb, who was the General Manager of Sales for the Company. He had a very successful career, retiring in 1950 as the Vice President of the Central Division of Packers' Can.

While he was a resident of Fairport, he served on the Village Board, was President of the Village, and a member of the School Board. He was president of the Perinton Patriotic League of the Community Chest. During the war he was chairman of the Second, Third and Fourth Liberty Loan committees.

The dormer has paired round top windows with unusual sash glazing, enframement with a keystone detailing and pilasters. 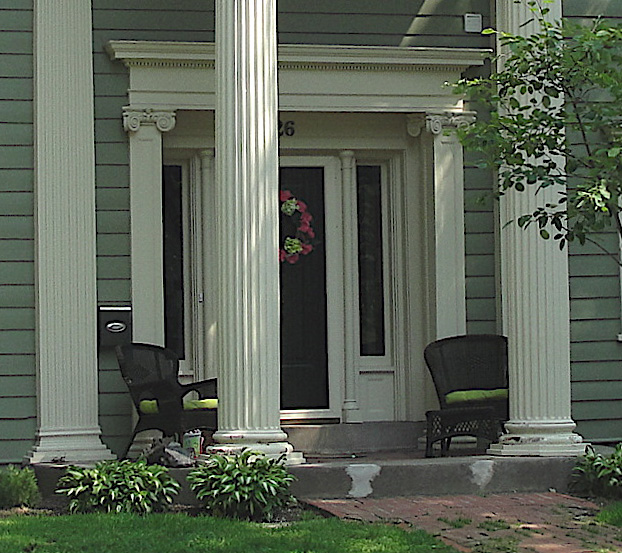 Entry is a single paneled door with sidelights, and door surround with pilaster and entablature.

The Composite capitals are a combination of Corinthian and Ionic details.