In 2013, the former Rochester Telephone Exchange Building at 56 West Avenue has been designated a historic landmark by the Fairport Historic Preservation Commission (FHPC). J. Foster Warner, a Director of the Rochester Telephone Company and prominent member of a family of Rochester architects, designed the building. Starting in the 1950s, the building was home to Tropel Inc., a startup company that became a world leader in computerized lens design. Tropel's co-founder and later president, Robert Hopkins, was a former director of the University of Rochester's Institute of Optics and is known as the "Father of Optical Engineering". 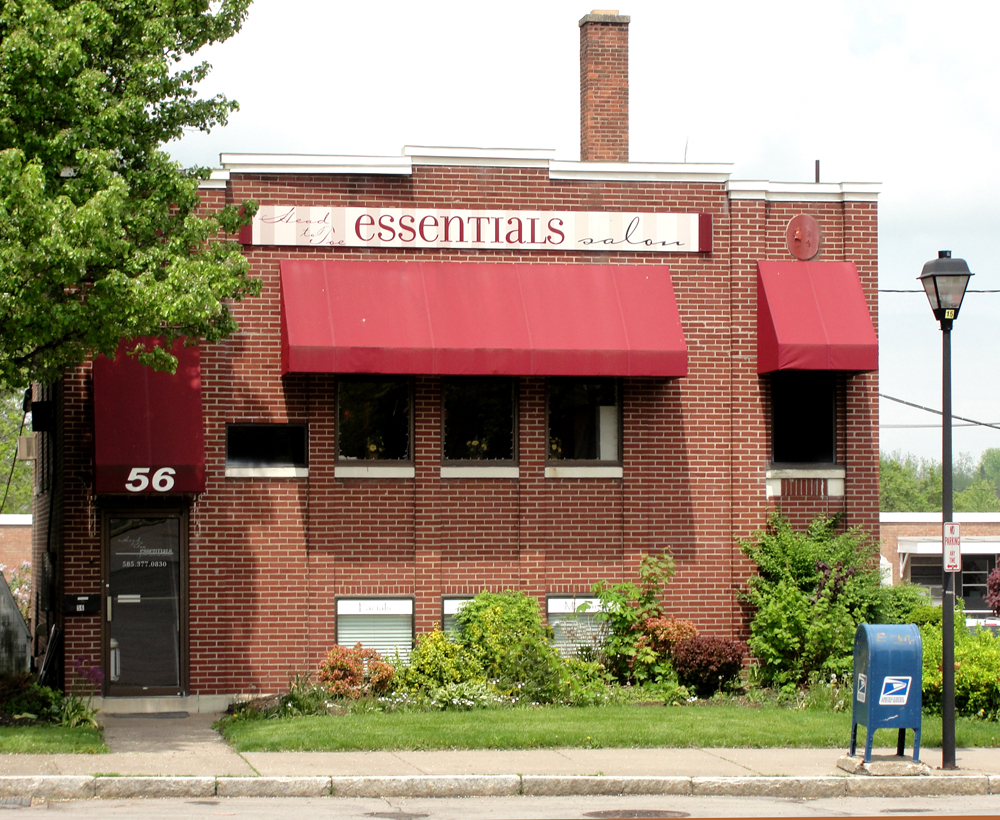 Rochester Telephone Company
The telephone company bought the residence of Mrs. Frances McMahon at 54 West Avenue to erect the new building. Constructed in 1929 by Gorsline and Swan Construction Company, the structure was built to be Fairport's telephone exchange with modern switchboards and central battery system. This was an important indicator of Fairport's "thriving progressive community" according to contemporary newspaper accounts. This would replace the antiquated magneto cranking phones then in use. It had previously been headquartered in the second floor of the Bramer Building on Main Street. The new exchange went into operation on March 5, 1930. At that time, 10 operators, a chief operator and a wire chief handled 4000 calls per year from about 1691 telephones in Fairport. Rochester Telephone moved out of the building in the late 1950s.

The windows have been modernized, but you can see the overall lines of the building that reflect the commercial Prairie Style.

Prominent Architect & Builder
Architect J. Foster Warner (1859-1937) was one of Rochester's most prominent architects, with at least 13 buildings on the National Register, including the George Eastman House, the Granite Bldg, the Sibley Bldg, and the Rochester Savings Bank. He was the first president of the Rochester Chapter of the American Institute of Architects and first chairperson of the Rochester City planning board. He designed many of the public schools in Rochester up to 1930, including East High and West High. 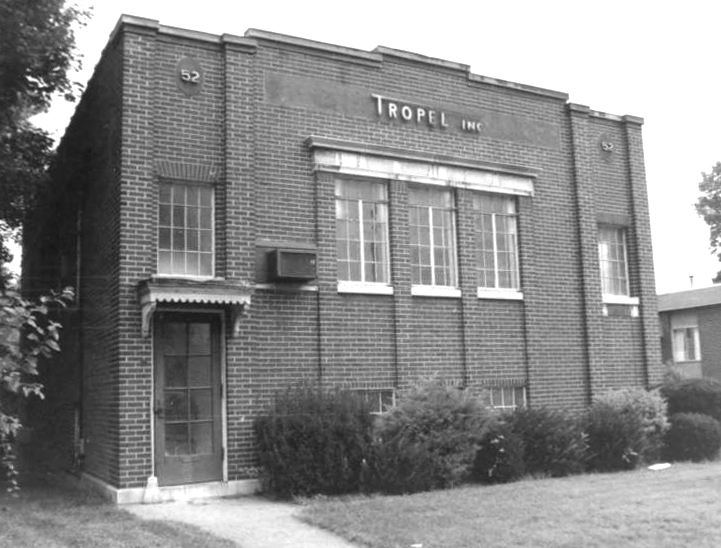 Contemporary newspaper accounts proclaimed, "The architect achieves from the front view an effect which is individual and at the same time modernistic in spirit."

The building pictured here in 1976. At this time, the Tropel, Inc. sign is on the front of the building.

Also of importance is that Warner hired, Gorsline & Swan, to build the Rochester Telephone Exchange Building. They were one of Rochester's premier builders and the contractor/builder for many significant structures in Rochester, including the E. E. Boynton House, designed by Frank Lloyd Wright. Gorsline was also the masonry contractor for the Powers building in Rochester.

The Herald Mail heralded the Rochester Telephone Building at the time of its' opening in 1930 as a boon to the village: "The appearance and quality of construction of this new building entitles it to rank as one of the best in Fairport." Since then, the building, viewed looking north down Perrin street, signifies the division between the commercial part of West Ave. from the east, and the residential part of West Ave. to the west.

Tropel Inc.
Tropel, a pioneering start-up company in computerized lens design, purchased the building. During the Tropel years, the building was used increasingly for the design and fabrication of optics for microelectronics. Tropel became an industry leader for precision optics for the semi-conductor industry and for laser metrology. Tropel, Inc. occupied the structure from 1959 to 1975. Tropel is now a division of Corning Incorporate, and continues to operate in Fairport on O'Connor Road.

Robert Hopkins (1915-2009), founder and president of Tropel (1967-1975), and known as the "Father of Optical Engineering" was one of the first scientists to exploit the computer as a tool for designing optical systems and also among the first to recognize the important role the laser would play in the future of subjects like solid state physics and quantum physics. Hopkins was a world-renowned innovator in the field of lens and optical system design. He was Director of the University of Rochester's Institute of Optics from 1954 to 1965 and designer of the Todd-AO lens, which made cinema graphic wide-screen history. Hopkins was also a former president of the Optical Society of America. Hopkins died in 2009, at the age of 94. The Optics Institute at the University of Rochester has been renamed the "Robert E. Hopkins Center for Optical Design and Engineering" in his honor.

For more information on J. Foster Warner and his family go to the Monroe County Library page: Architectural Heritage of Warners in Rochester and the University of Rochester page: Warner (J. Foster) Family

For more on the FHPC and other locally designated landmarks, go to the village preservation page or the village website.

The Rochester Telephone Exchange Building shown in 1959 when Topel, Inc. made their home in Fairport. 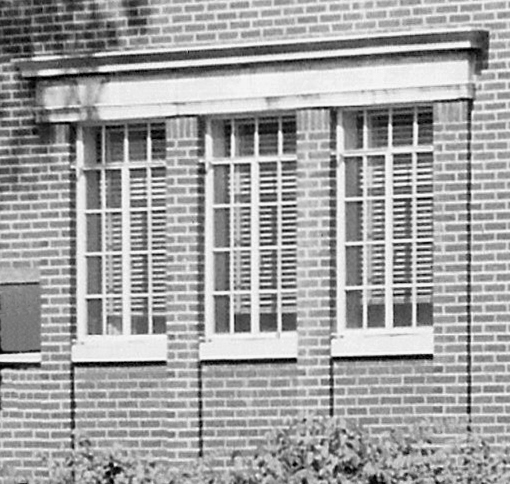 Warner designed the building in the commercial Prairie Style.

Tropel, Inc. occupied the structure from 1959 to 1975. Tropel is now a division of Corning Incorporate, and continues to operate in Fairport on O'Connor Road.