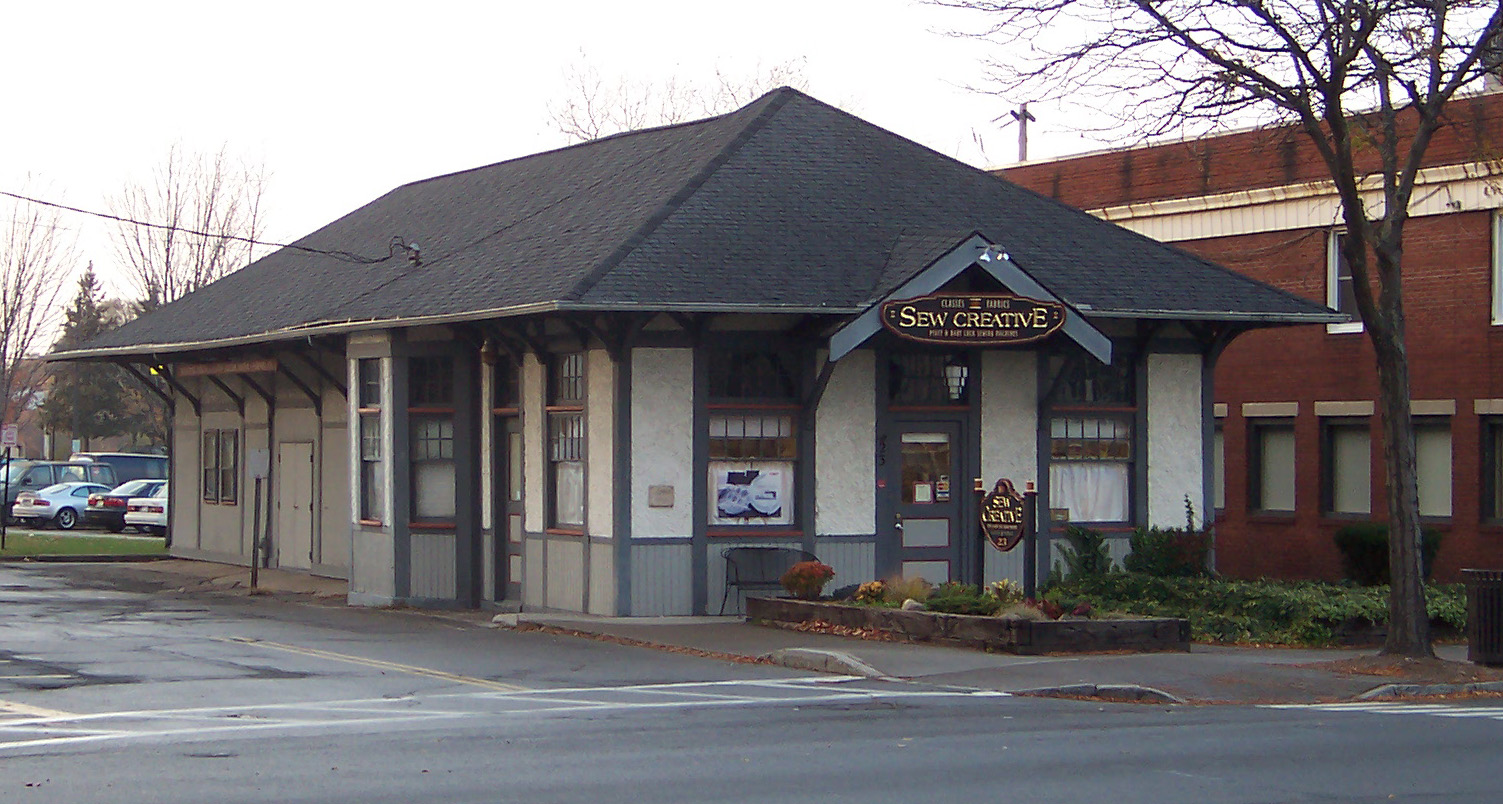 The Rochester, Syracuse and Eastern Trolley Station at 23 North Main Street, now Sew Creative, was designated a Village Landmark by the Fairport Historic Preservation Commission (FHPC) in 2011. It is 100 years old this year.

Transportation in the 1900's

The Trolley Station is a well-preserved example of the interurban electric trolley form of transportation used in America in the early 1900's. This building is one of 11 designed by Gordon A. Wright, and of the eleven, it is in its most original condition. Gordon Wright developed a new design for trolley stations; the design was a significant departure from the Victorian style used in the late 1800's.

There is a feeling of openness in the wide eaves with 36 decorative brackets, which allowed passengers cover from sun, rain or snow. The roof rafters are curved to lift the eaves as they go away from the building. There is a broad hip roof. The exterior is stucco with decorative bands of wood on top. The lower sides have vertical siding of Georgian pine.

Wright's new style was influenced by the Prairie style, which became popular in the United States from 1900 to 1920; it is reminiscent of the work of Frank Lloyd Wright during this time. 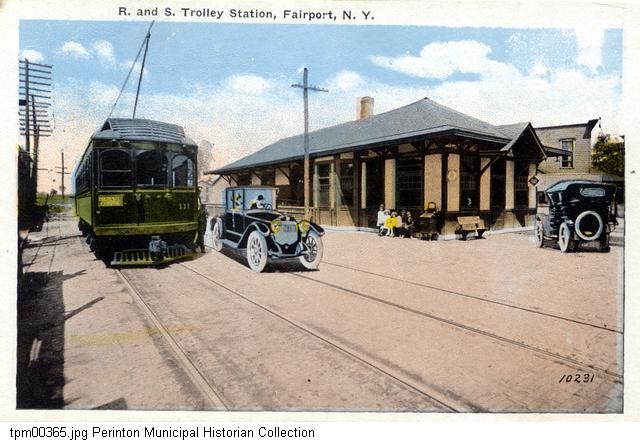 The Fairport Historic Preservation Commission is pleased to designate this building, which has seen so much history in the village. 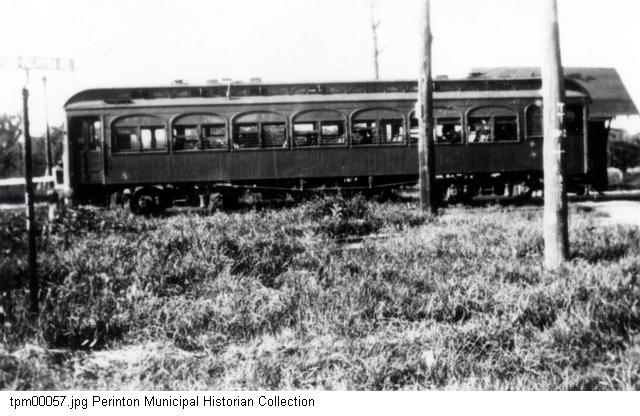 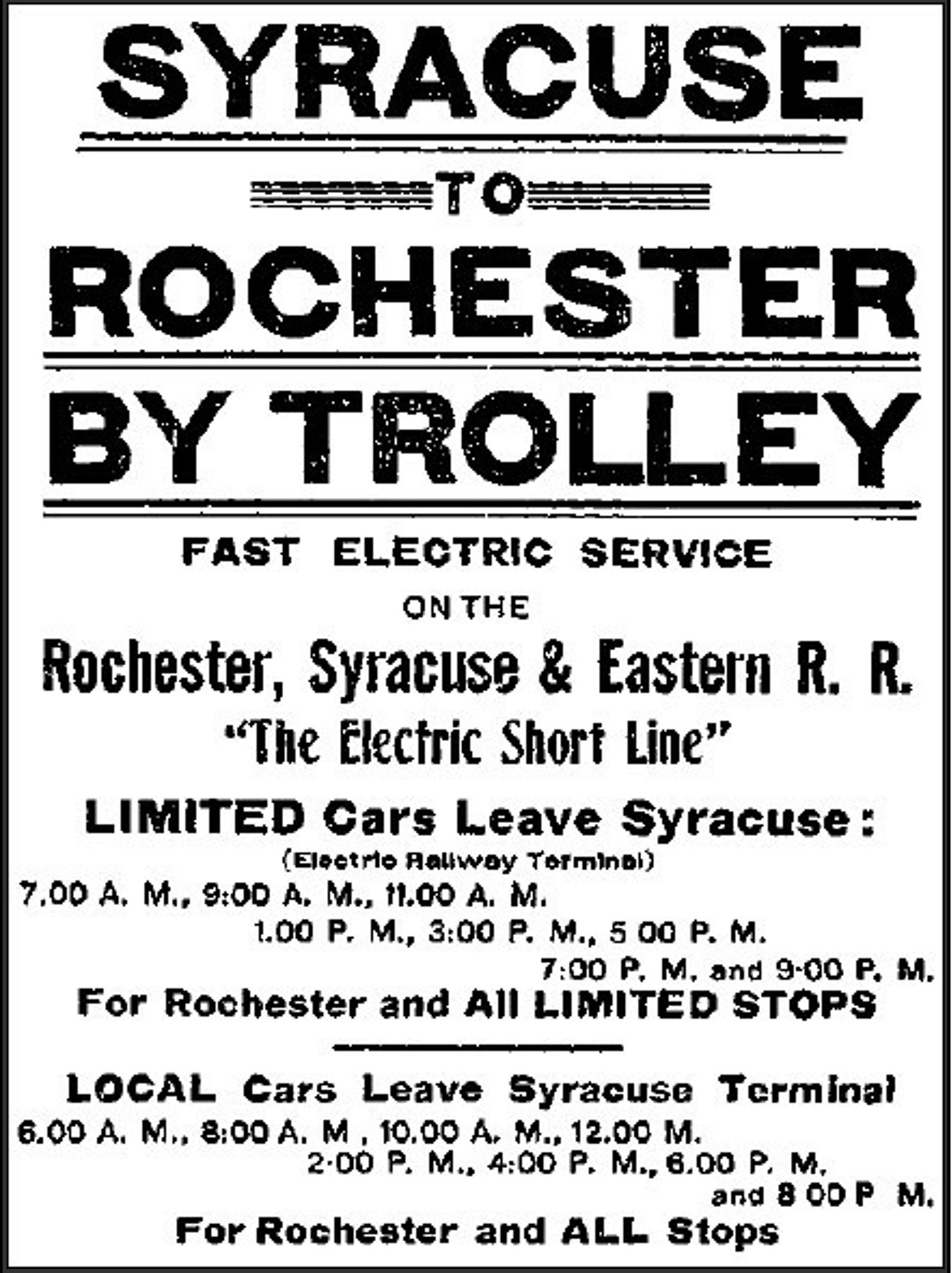 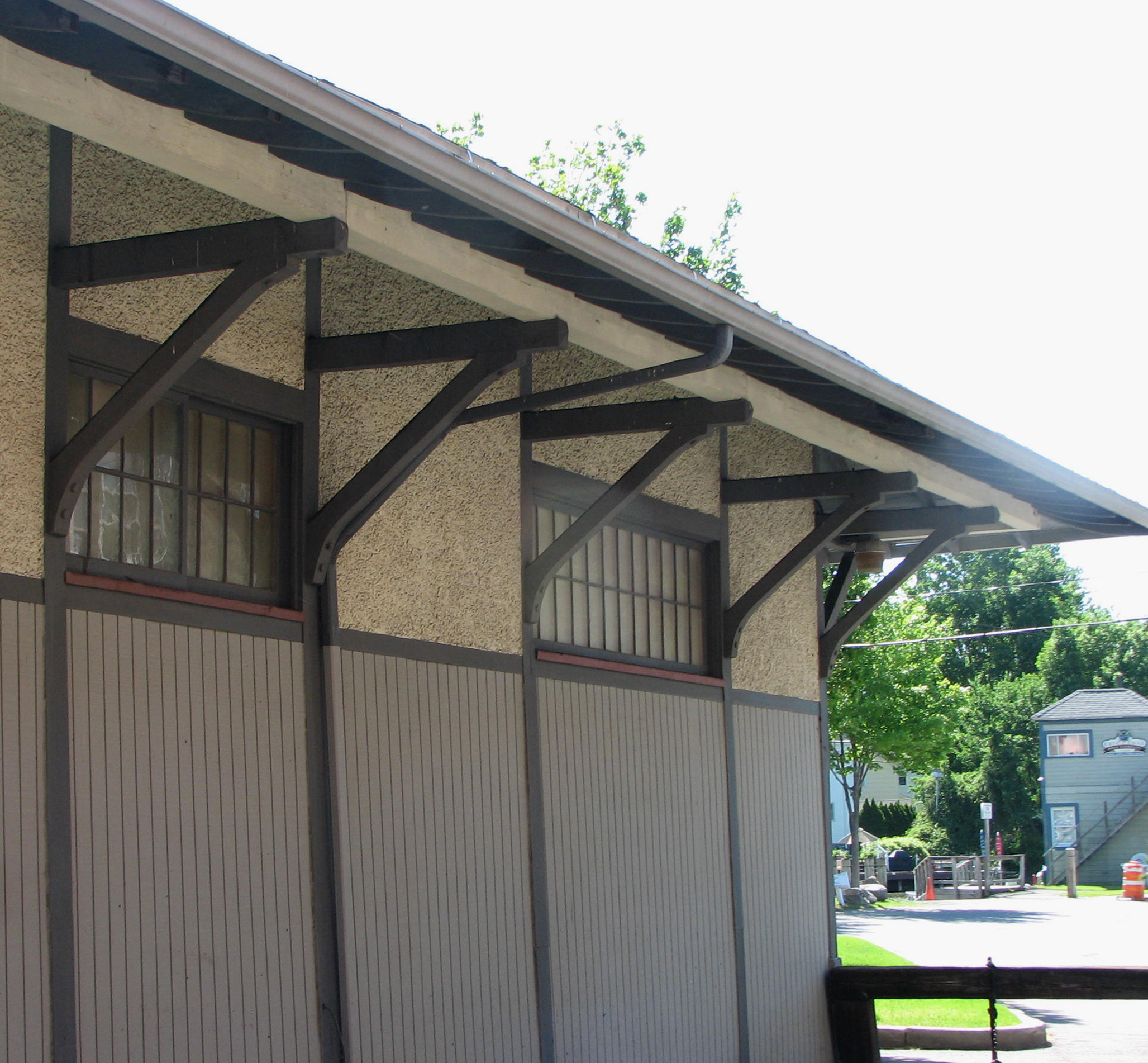 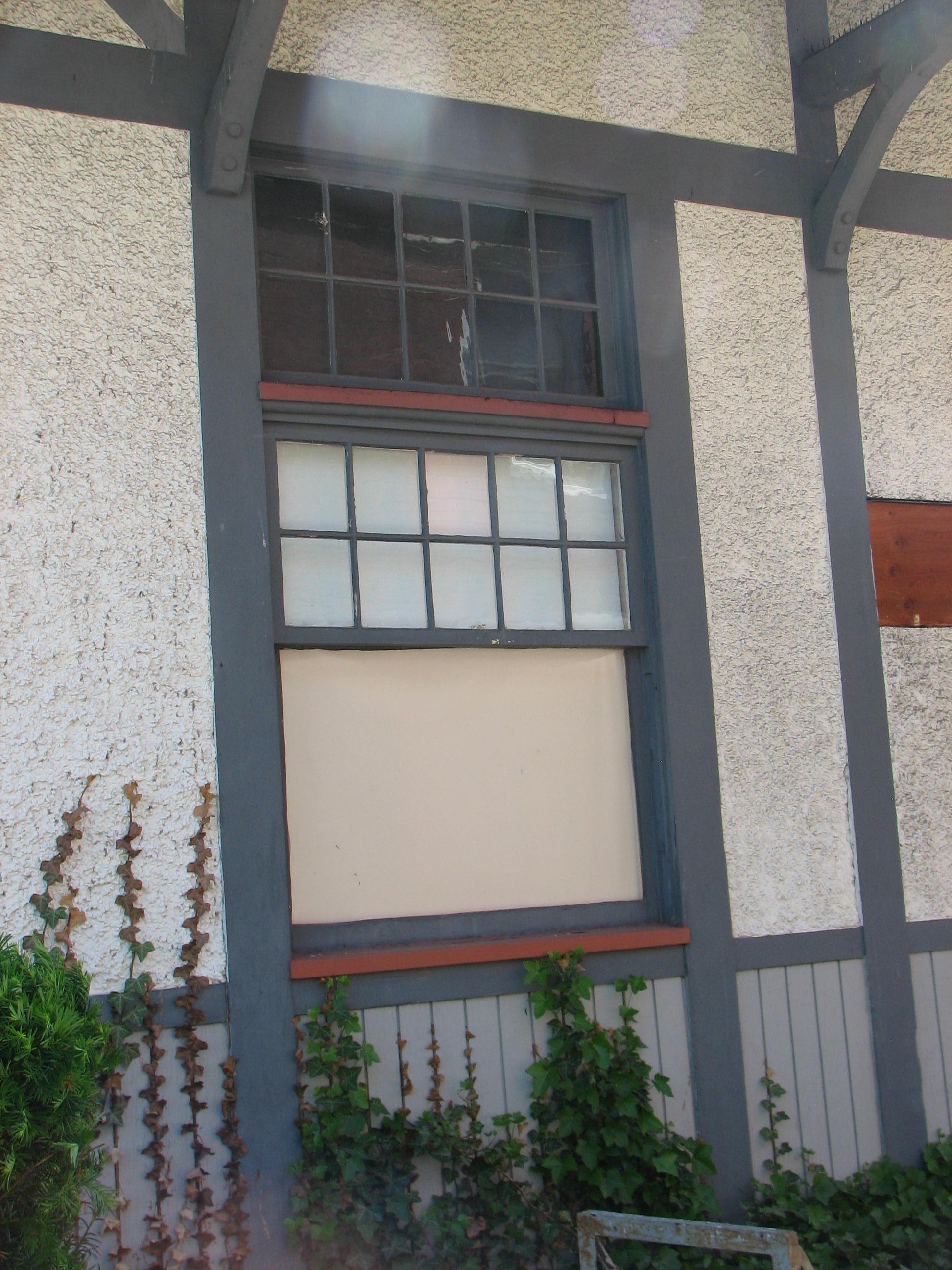 Exterior is stucco with decorative bands of wood & large windows.